Harvard professor and author Steven Pinker, who previously railed against “cancel culture,” is blocking anyone on Twitter who mentions his connections to Jeffrey Epstein, the financier who was charged with organizing a child sex trafficking ring before being found dead in his jail cell shortly after his arrest last year.

Twitter users this week noticed that anyone who mentions the words “Pinker” and “Epstein,” in any context and combination in any tweet, was quickly blocked by Pinker on the social network. Motherboard tested it out on Thursday, and was blocked. When reached for comment, Pinker confirmed that his account is blocking anyone who mentions these keywords together. 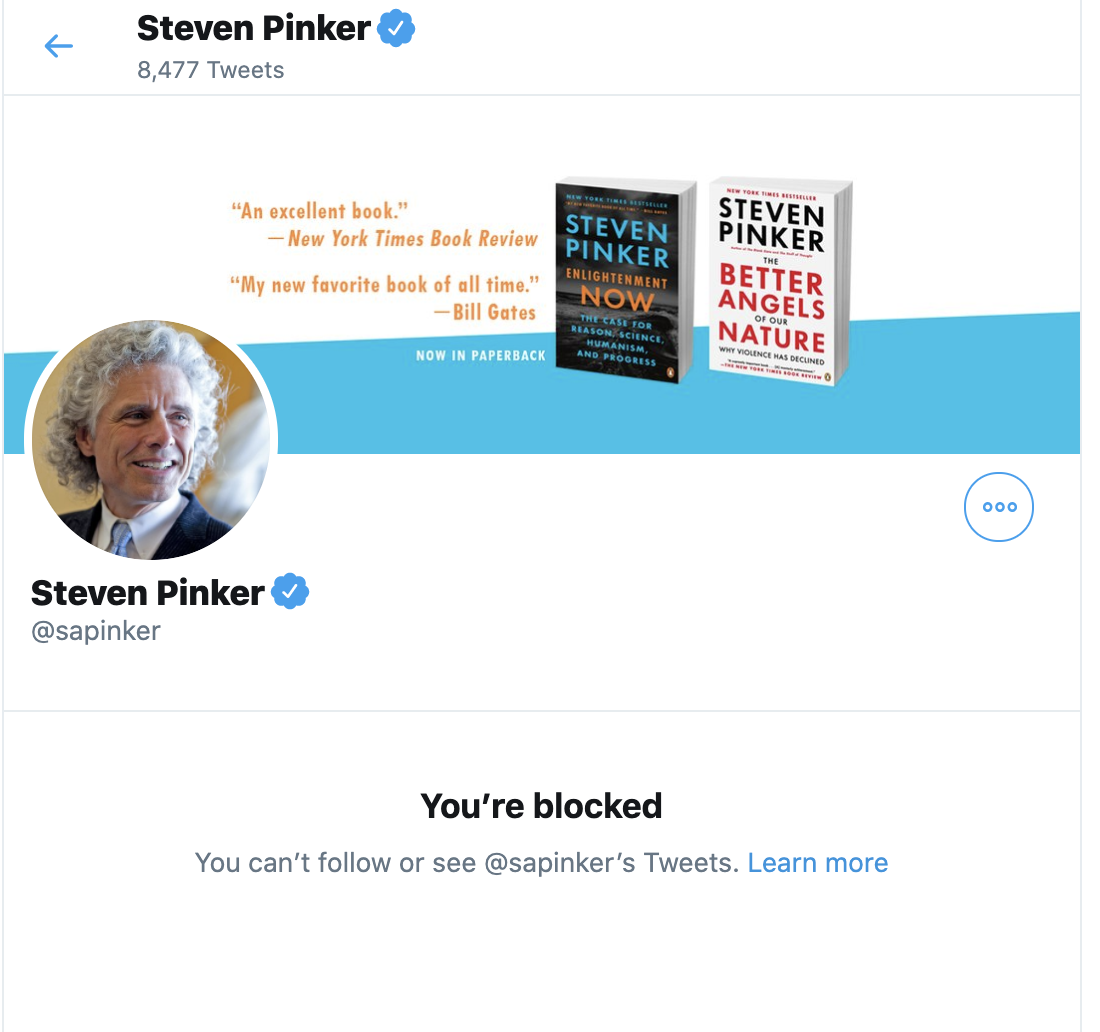 In an email to Motherboard, Pinker claimed "my Twitter feed became infested with trolls and bots who kept posting photos with me and Jeffrey Epstein, though I had no connections with him other than third parties who had invited us to some of the same events."

While many Twitter users assumed that Pinker must be using an automated script, since he is quickly blocking anyone who mentions certain keywords on the site, the task is being done manually, Pinker said. A colleague told him of "these attacks,” he said, and "offered to monitor my feed and implemented some simple text searches on Tweetdeck to flag those accounts, which that colleague then manually blocked. The colleague doesn’t block anyone for criticizing or disagreeing with something I’ve written.” After reaching out for comment, Pinker seemingly stopped blocking people for doing this.

"I’ve been told that people are now bitching and moaning about this, but no one has a First Amendment right to post something on Steven Pinker’s Twitter feed,” Pinker wrote to Motherboard. “If someone wants to smear me personally, they have plenty of channels; to whine that I’m not offering them my platform has to be a new definition of “chutzpah,” after the man who killed his parents and threw himself on the mercy of the court because he’s an orphan."

Pinker’s numerous interactions in Epstein’s orbit have long been the subject of reporting and speculation.

In 2007, when Epstein was first being tried for sex trafficking, Pinker "provided his expertise on language" for Epstein's defense, according to The New York Times. Pinker offered his services for free and, he told the Times, at the request of his friend, Havard law professor Alan Dershowitz—who has himself been accused of sexually assaulting minors trafficked by Epstein, which he denies.

Pinker wrote to Motherboard that: “In this case, Alan never said to me, ‘Will you help me defend Jeffrey Epstein’? He asked, as he often does, ‘How would a reasonable person interpret the wording of this law?’” He also offered that Dershowitz had consulted with him on the meaning of the statutes of impeachment last year, before he took on Trump as a client.

In 2019, Pinker tweeted that in 2002 his literary agent introduced him to Epstein, who cultivated a network of elite intellectuals and academics. Sometimes those intellectuals spoke or appeared at Epstein-financed Edge Foundation events, other times they hung out at Epstein’s island (or estates), and other times they entertained Epstein’s hare-brained schemes like freezing his head and penis and “seed[ing] the human race with his DNA.” Pinker seems to have been involved with Edge speaking events as far back as 2011, and appears in a photo from one of the Edge “‘Billionaires’ Dinners,” which Epstein has attended, in 2003.

Pinker is right in that there are many photos of he and Epstein together for trolls to choose from. There is a picture of Pinker with Epstein in 2014, years after the man was convicted of child sex trafficking. In a 2019 tweet, Pinker explained that “[Lawrence] Krauss seated me next to him at a lunch, & someone snapped a photo.”

There are more in 2004 of Pinker with Epstein at an event at Harvard’s Program for Evolutionary Dynamics (PEDS). Pinker wrote to Motherboard that “[t]he director of the Program, Professor Martin Nowak, invited me, and he also invited Epstein. I had nothing to do with Epstein being there.”

According to a report by Harvard University, Epstein visited the campus over a dozen times, was a visiting fellow at one point, and had an office there—after he was convicted of procuring a minor for prostitution in 2008—and donated $9.2 million to the university, $6.5 million of which went to PEDS.

There is the fact that, as far back as 2002, Pinker’s name appears in that jet’s flight logs for Epstein’s Lolita Express—that flight was to attend a TED conference in Monterrey, California after which one of Brockman and Epstein’s Billionaire Dinners happened. There is a photo of Pinker on the flight.

In an unsealed manuscript written by Virginia Giuffre—one of the main survivors of Epstein's trafficking ring to come forward—Giuffre says she was forced to sleep with a Harvard professor named “Stephen,” his last name redacted, and described him as "a quirky little man with white hair and a mad scientist look about him.” Pinker’s name is spelled “Steven” with a ‘v.’ Another Harvard professor, Stephen Kosslyn, who once taught Pinker, has been tied to Epstein; Kosslyn is bald, with white hair on the sides of his head. Kosslyn does not appear in any known Epstein flight logs.

Pinker said he is not the “Stephen” in Giuffre’s manuscript and wrote “This was not me. I’ve never set foot on Epstein’s island nor any of his other properties. I spell my name ‘Steven,’ and there are Harvard professors named ‘Stephen’ who do have a connection with Epstein. This is not to say that Giuffre’s accusations are true, just that they are not about me.”

If Pinker is trying to quash public associations between him and Epstein, he hasn’t done a very good job of it. In 2015, seemingly without prompting, Pinker tweeted out an affidavit from Dershowitz which dismissed accusations made by Giuffre in a lawsuit against Epstein and his long-time friend British Prince Andrew—another prominent figure who appears in the flight logs and is accused of sexually assaulting children. 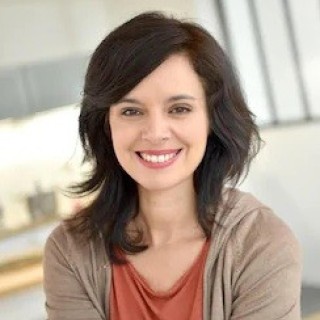